Coming to China was a very last minute decision. I signed up for classes about three weeks before the semester started and bought my ticket just a week later. I was conflicted about whether I should start my engineering career or study Mandarin in China. I decided that it would be the best time to go to China, since it would be the one time I would have no other obligations. Once I got it out of my system, I could focus all my energy on work.

I was heading to Dalian for about 6 months to study and live at Dalian University of Technology. One of the cheapest options I had found through my research of different areas and schools in China for Mandarin study.

The first night in China, sleeping in my dorm room on the rock hard bed was a little rough. That rock hard bed would eventually become the easiest bed I’ve fallen asleep in and have me waking up with less back ache than ever before.

The first day in China, I had to go buy my own food, necessities, and just navigate this new world. My Chinese was all self taught at this point and I had been learning on and off for about a year and a half. I underestimated how tough it would be to actually  use Chinese with others, especially native speakers, let alone do it confidently. The first few weeks was a lot of just pointing and gestures, being too worried I would sound stupid or say the wrong thing that I didn’t speak much.

At  first, I thought that the Chinese shopkeepers and service people were cold and loud. I didn’t understand the culture much. This idea I had soon changed and I realized that I actually enjoyed the straight-forwardness and realized a lot of Chinese are actually really warm and friendly people. You just have to know how to act and how the culture is.

Ordering food was another strange new world. Just yelling the Chinese word for “Waiter!” and rarely saying please or thank you to them. I was not used to it, but I got used to it and eventually it became a part of everyday life when going out to eat.

My  Chinese classes at first, were overwhelming. Since I had chosen to move up a level into this class, I was very behind all the other students. They almost never spoke any English. I had no idea what was going on for the first few weeks of class and was getting very frustrated. I kept working hard and eventually felt very comfortable in class and felt like I was improving a lot.

I loved every single one of my Mandarin teachers. They were all native Chinese, and every class was in 100% Mandarin.  One of my teachers was strict, but passionate. You could tell she really cared about teaching and wanted us to do our best. She was our main teacher and I really enjoyed her class. My speaking teacher was a funny woman. She made a lot of jokes and she was very sarcastic, once  my Chinese was good enough to understand most of what she said, I was cracking up. My listening teacher was also very sincere in her teaching and was a great lady.

There was only one other American in my level of classes, or even any other Chinese classes that were in the building we had. His name was also Mike and he was also an engineer. A very outgoing guy. I was surprised by the large amount of Koreans, Japanese, Thai, and Russians. I guess I just didn’t know what to expect with what kind of students would be here. Those three were the majority of students, as well as a lot of students from African countries and from Pakistan.

I learned a lot about Korean culture, more than I ever knew, because in Cleveland I was not exposed to Korean culture or even much Korean people at all. It’s also something I never really looked into. I actually used to hate kimchi, but I now love it!

wanted to be language partners, so I could practice Chinese and also help them with English. This is how I met my two main language partners, Chen and ZiTan. I really enjoyed our conversations and I think I taught them a lot of new things about America and tried to open their minds a bit about certain things. They also taught me a lot about China. Chen became one of my really good friends.

I also was introduced to a Chinese guy named Gary from a friend, who wanted to learn English from an American. Eventually, through word of mouth I had 3 students who I taught English to. (Yes, I made money.) Another student named YunXia, and lastly Lisa. (Those are their English names, except for YunXia).

Gary was a game designer, who actually quit is job and wants to move to Australia. It was fun to talk to him and we always had interesting classes. He’s a funny guy. His English definitely improved a lot.

YunXia is a child psychiatrist, very smart lady. We had lots of intellectual conversations. Her English was awesome. I gave her a lot of controversial topics to think about, and she had a very open mind. I genuinely looked forward to our classes and enjoyed hearing her opinions and seeing her thought process on learning new things about American culture was great.

I learned to cook everything in a cheap rice cooker I bought at Walmart in China. It was 50 yuan ( $8.00). I was originally cooking in used pots and pans I had from a friend there and didn’t really like going to the public kitchen and bringing everything back and forth from my room. I could basically cook ANYTHING I wanted in that thing. It was amazing. I learned how to cook really good curry too.

Karaoke was something I always looked forward to doing. I love singing and to be able to belt out songs with friends is just a fun time. It’s especially nice because in China it’s just a private room that you can eat and drink in with friends. No bar full of strangers staring up at you. 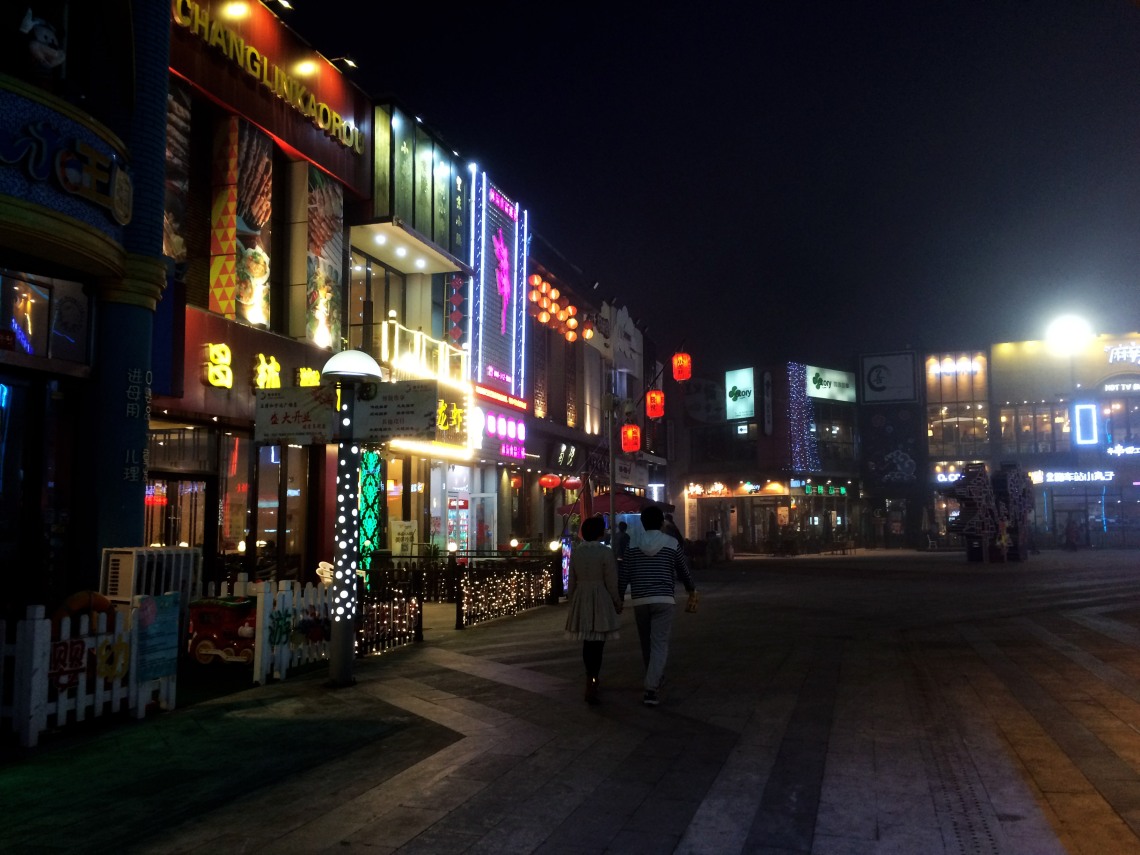 Transportation in Dalian consisted mostly of buses and taxis. It takes a little bit to get used to the buses and how to figure out where they are going. You also need to get used to some occasional shoving and some not so occasional overcrowding in the bus. Taxis are pretty cheap too and I found most of the taxi drivers were pretty honest. Just be careful that they use the meter and don’t drive around aimlessly too much.

One of the main things that really can be bothersome is the blocking of a lot of websites in mainland China. Sites like Facebook, Google, Youtube, Netflix, etc. are all blocked. Obviously there are ways to get around this, such as a VPN, which I used, but it can still be a little frustrating at times. I never realized how much I used Google until then.

Another thing is that you have to understand that some topics that you might openly discuss in the U.S can be somewhat taboo or misunderstood in China. You might find that since the media is censored, there can be an issue in talking about certain things around the world or things that involve China. I have found a lot of very open minded Chinese who can openly discuss anything, but it can still be a sensitive thing so just use your best judgement about it.

Overall, my time in Dalian was a really good experience. I not only learned a lot about Chinese culture, but I learned a lot about cultures from all over the world. Living there is cheap and it’s a pretty clean city in terms of pollution. It’s right by the ocean and has some really nice infrastructure.

By the time I was leaving Dalian, I had gone from too worried to even say hello in Chinese to having regular conversations. Though I know I still didn’t know a lot and made mistakes when I spoke, I gained a lot of confidence and knew that the only way to learn was to speak.

China is very different from any other country. It’s a special place.

You really have to go there to understand it.

View all posts by Mike